First up is an exercise we use called Person, Object, Place. All you have to do is choose one from each of the columns below, then draw that character! Easy peasy. You can get someone else to choose for you for an added challenge. You could also make your own list of people, objects, and places, then pick the options out of a hat! 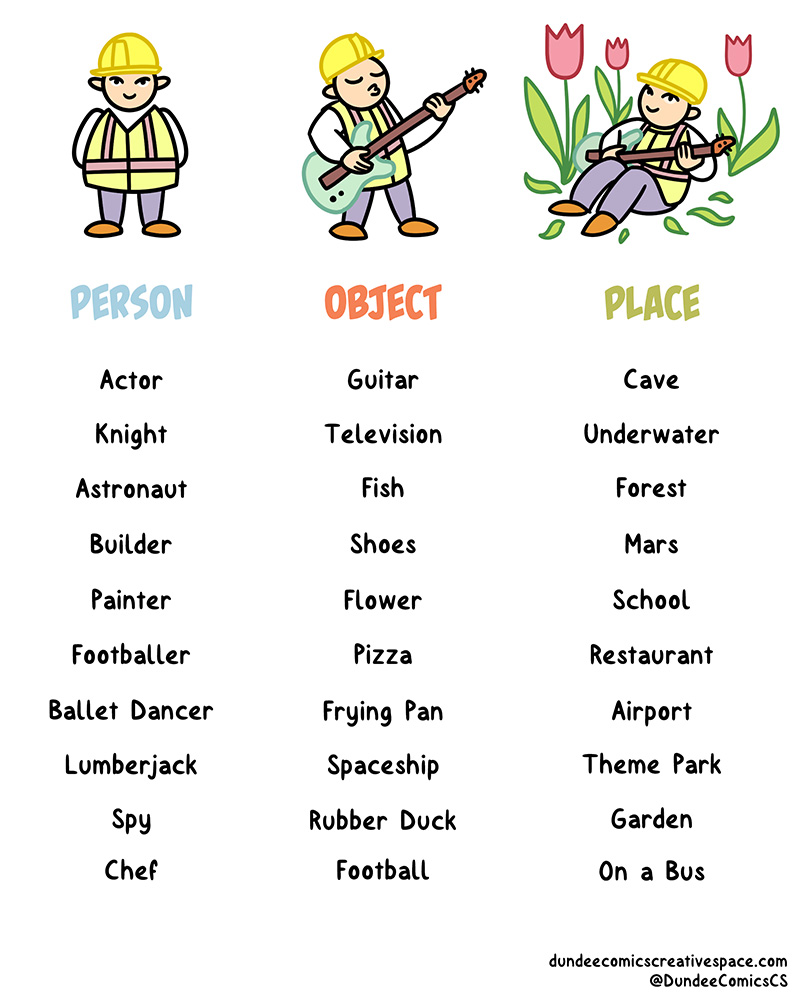 This exercise also works well for coming up with stories, which we will be talking more about in the upcoming weeks. What would a ballet dancer be doing with a frying pan on Mars? Why is a footballer at an airport holding a rubber duck? The stranger the combination, the better!

Our second exercise takes inspiration from the foodimals of Cloudy With a Chance of Meatballs 2 – a masterclass in pun-based character design with gems such as cucumbirdy, shrimpanzee, hippotatomus, and many more! Again, choose one from each of the columns below, and COMBINE them into a strange new creature! 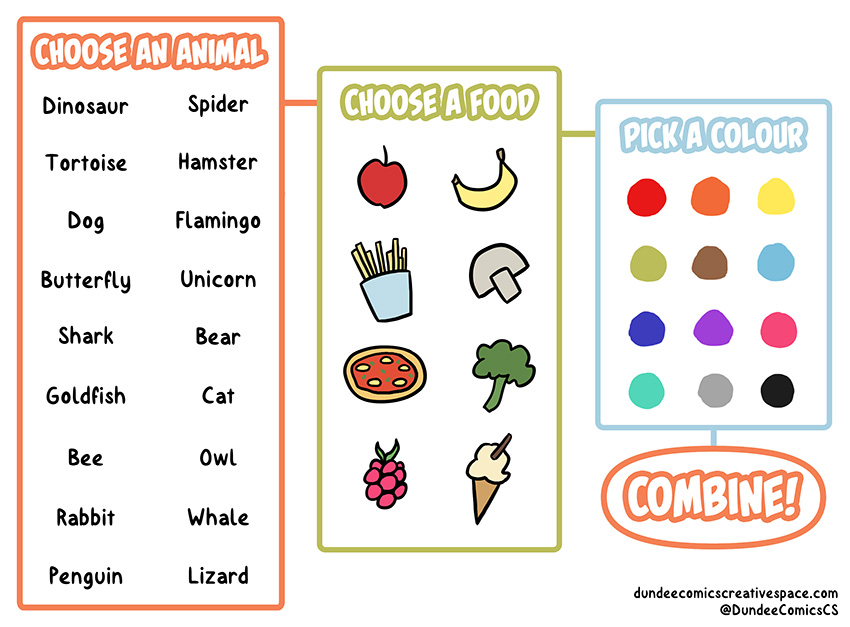 Here are some we made earlier. What do you think their pun names would be?

The above images are from Dundee Comic Creative Space’s ‘Let’s Make Comics’. Artwork by Rebecca Horner.