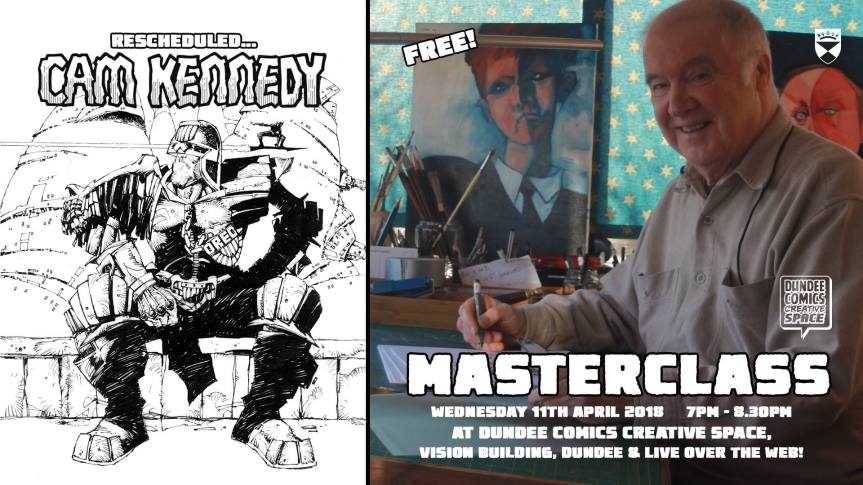 Rescheduled due to #SNOWMAGGEDON

JOIN US AT DCCS for a unique event & live drawing session with comics legend Cam Kennedy!

Cam will be going through his creative process LIVE at Dundee Comics Creative Space in the Vision Building and will give us unique insights into his career!

From his website bio:
“Following work in commercial art in his hometown of Glasgow, Kennedy went freelance and worked as an illustrator on D.C. Thomson’s Commando, a well-known British war comic, between 1967 and 1972, before leaving comics altogether to become a professional fine artist. Kennedy’s work has been described as gritty, energetic, chunky and raw.”

After returning to comics in 1978, he later worked on 2000AD, including stints on Judge Dredd and Rogue Trooper, Star Wars comics, and the creator-owned Vietnam War-inspired science fiction fantasy The Light and Darkness War with Tom Veitch.