Mary Shelley’s Dundee; or, Frankenstein Begins! is a specially commissioned comic in which the team (Chris Murray-writer, Norrie Millar-artist, Phil Vaughan-design & lettering) creatively revisit Mary Shelley’s formative experiences in Dundee just as she was on the cusp of bringing her greatest creation, Frankenstein, to life.

The comic will be launched with several events at The McManus art gallery and museum in Dundee on Saturday November 21st, including an exhibition of sketches and storyboards, as well as a DeeCAP performance. The comic was commissioned as part of Being Human – a festival of the humanities in 2015. 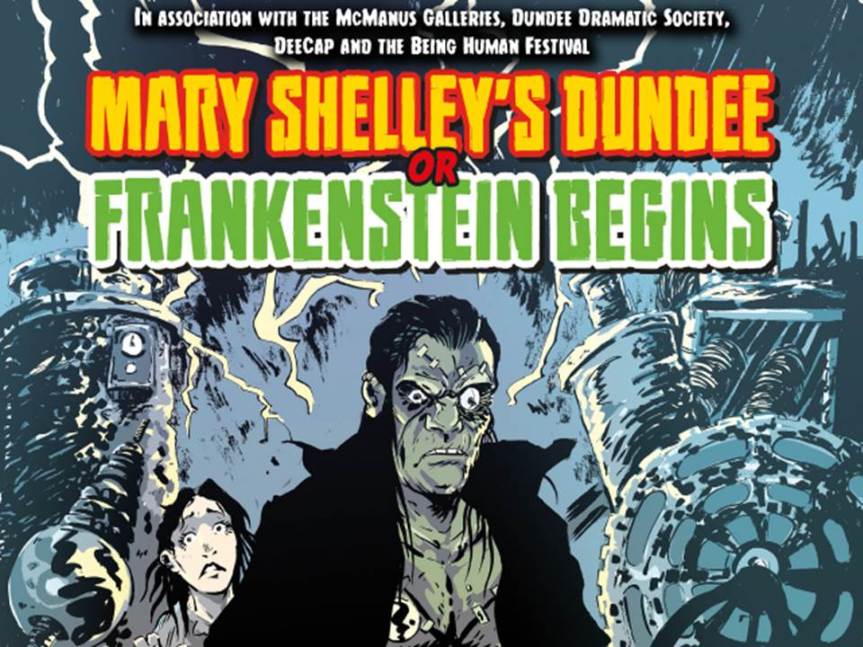